On Sunday, June 8th, 2008 more than 40 authors will gather on the Rockaway peninsula to talk about their works, do book signings and participate in a series of planned panel discussions about books and writing, in southern Queens at Gateway National Park's Ft. Tilden. An evening film festival, presented on both Saturday and Sunday evenings (June 7th and 8th), will round out the planned event.

Author panel discussions will cover a variety of topics including mystery writing, historical fiction, the challenges of local journalism, staying young, the Holocaust experience, choosing wines and spirits for your table and much, much more. Films will include documentaries and features by locally based artists.

Irish novelist Tom Phelan will talk about his latest work and describe the plight of Ireland's WWI soldiers while authors from the newly published Queens-based anthology, Queens Noir (Akashic), will discuss the challenges of writing dark fiction. Jill Eisenstadt, a novelist who grew up on the Rockaway peninsula and whose first book, From Rockaway, captured the eighties beach scene contributed to Queens Noir and will join a panel led by editor Robert Knightly that includes authors Jillian Abbot, Maggie Estep (Flamethrower) , Alan Gordon (The Fools Guild Mystery series), Patricia King, Liz Martinez, Kim Sykes and K. J. A. Wishnia (23 Shades of Black).

Other participating authors will discuss how their fiction intersects their lives and the importance of developing fully realized characters. Darcy Steinke (Easter Everywhere: A Memoir, Milk: A Novel) will join returning author Ellen Meister (Secret Confessions of the Applewood PTA), along with Helen Schulman (A Day at the
Beach), William Frederick Cooper (There's Always a Reason), Anne Landsman (The Rowing Lesson), David Evanier (The Great Kisser) and Anya Ulinich (Petropolis) in two panels which will be moderated, respectively, by Carol Hoenig (Without Grace) and Pamela Popeson, a Rockaway playwright whose most recent full length play, What Comes Next, was recently performed Off-Off Broadway at the Access Theater.

The Holocaust experience will be discussed by survivors and others who have written about it. Former Rockaway resident and Brooklyn College professor Tibbi Duboys (Teaching the Holocaust) will join current Rockaway resident Miriam Sorger (A Raft on the River) and past Rockawayite Rena Bernstein (Bitter Freedom), along with novelist Cheryl Pearl Sucher (The Rescue of Memory), to discuss the impact of the Holocaust on their own lives and on those around them.

The Broad Channel based writing team of Dan and Liz Guarino will be on hand to talk about their own new book, Broad Channel: Images of America, and discuss the special factors involved in joining words with pictures. Fellow panelists will include Breezy Point-based Kenneth Hogan (America's Ballparks, The Old Firehouse), Brooklyn-
based Ben Gibberd (New York Waters) and New Jersey-based Brian Yarvin (Farms and Foods of the Garden State).

A panel on the challenges of aging well will include Heather Hummel (Gracefully: Looking and Being Your Best at any Age), Rockaway writer Renee Lee Rosenberg (Achieving the Good Life After Fifty), and former Rockaway resident Alan Geller (Scary Diagnosis). It will be moderated by Rockaway-based health writer Nancy Gahles.

The challenge of writing for locally based newspapers will be discussed by local newspaper staff, including Rockaway Wave editor Howard Schwach and Rockaway Point News editor, Noreen Schram in a panel led by Queens Ledger reporter Arlene McKanic. A workshop on breaking into print for new and aspiring writers will be presented by returning author Carol Hoenig (Without Grace) and Beverage and Media Group Editor Perry Luntz, author of Whiskey & Spirits for Dummies, will speak to attendees on the finer points of selecting liquor and liquers.

Music, poetry and dramatic readings will occur throughout the day and will feature popular WFUV disc jockey Pete Fornatale, talking about his new book, Simon and Garfunkel's Bookends.

Winners of a peninsula wide school based student writing contest will be recognized in a special ceremony and given the chance to discuss their work while younger children will explore their own creativity under the supervision of arts professionals in a specially designated "kids' area".

Flanking the literary event, on the evenings of June 7th and 8th, festival organizers will present a series of films by local artists. Saturday evening's feature is award-winning director/producer and Rockaway resident Brett Morgen's The Kid Stays in the Picture, about the producer of Chinatown and The Godfather Robert Evans' seduction of Hollywood. Morgen's feature will share Saturday's bill with
Westchester- based filmmaker David Baugnon, whose special on artists who fought and painted their way through World War II (Art in the Face of War) will kick off the evening. Returning filmmaker Mark Street's new documentary, Hidden in Plain Sight, capturing the street life of four major cities around the globe, will complete Saturday evening's fare.

On Sunday evening, following the literary festival, Rockaway auteur Kevin Breslin's The Other Side of the Street, a short homage to Jimmy Breslin, will be shown. This will be followed by award winning Rockaway filmmaker Bob Sarnoff's new entry, Dispatch, viewing the world from the dashboard of a local car service. Sarnoff's earlier films include the well received Irish Ropes which was shown widely last year at film festivals around the country and on TV.

Rockaway-based playwright Pamela Popeson will present a short video from one of her stage plays and, at 8:25, the evening's feature, The Limbo Room, by Rockaway filmmaker Debra Eisenstadt, a comedic, existential look at the life of an off-Broadway understudy, will be shown.

The evening will conclude with an offering by Rockaway based filmmaker Yisrael Lifschutz presenting his new documentary, The Jewish Basketball Hall of Fame.

Admission to all showings and panel discussions is free.

Food and refreshments will be available on-site from the newly opened Belle Harbor-based restaurant at B. 129th Street, Rockaway Seafood.

Books will be offered for sale throughout Sunday's book festival by Manhattan-based bookseller Mobile Libris with authors available to talk about and sign books for interested readers.

The Rockaway Artists Alliance and the Rockaway Theatre Company have generously assisted in making this weekend cultural event a ground-breaker for Rockaway and all of Queens.

The Gateway National Recreation Area's Ft. Tilden can be reached by public transportation from Manhattan (#2 or # 5 trains to Flatbush Avenue, transfer to the Q35 bus to Ft. Tilden, or by the A Train headed south to Rockaway Park at B. 116th Street, transferring there to the Q22 bus to Ft. Tilden). The fort can be reached by car via the Belt Parkway to Rockaway where it is located just across the Marine
Parkway Bridge (bearing right, following the signs).
Posted by Celia Hayes at 7:46 AM 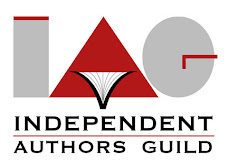